Ethnically and geographically diverse, Myanmar, also known by its old colonial name Burma, is a fascinating place to discover. A troubled history of war and turmoil means this big country, with a total land area much the same as France, hasn’t been able to capitalise on the tourist dollars which have flowed into neighbouring Thailand. In recent years, despite the occasional flair-ups, the country has enjoyed a degree of stability, allowing its tourist industry to get back on its feet. Myanmar was the most logical route for Pally’Hi’s cycling adventure-man, Robert Eixenberger, to begin his cycle through South-East Asia. 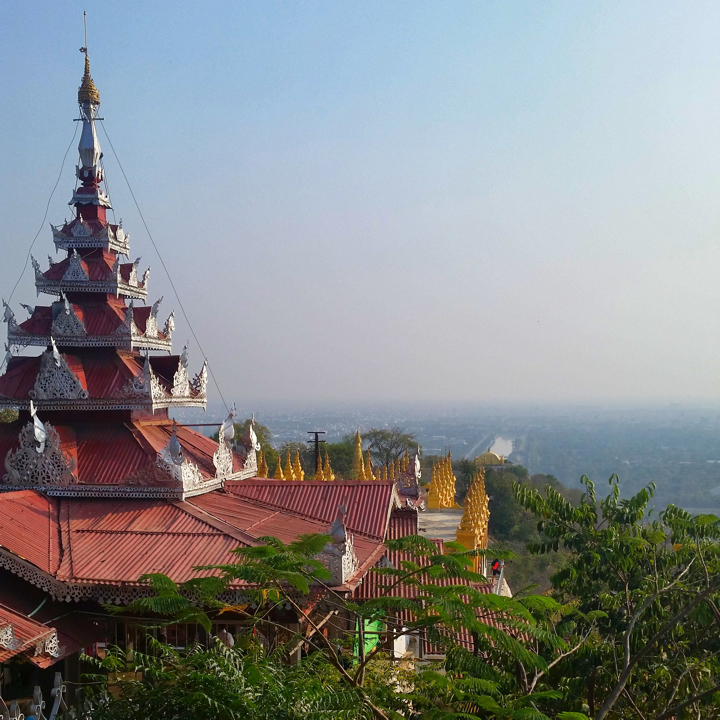 After many visa complications and an earthquake Robert was finally able to leave India and the rest of Central Asia behind him. For the border crossing between Moreh (India) and Tamu (Myanmar) a special permit is needed, which as it turned-out was pretty easy to get hold of, but like every step of this journey, the human element added complications to an otherwise simple process.

At once Robert was blown-away by the warm greeting he received from the Myanmar people and simultaneously baffled by the post-colonial traffic system. In his words “You drive on the right, but more than 60% of the cars have their steering wheel on the right. And then there’s the distances which are measure in miles. It’s a wild mix of England and the rest of the world!” Robert was captivated by the landscape which alternates from large forests to farmed fields. The occasional collection of beautiful wooden cottages would always be accompanied by people shouting wildly and waving.

A little distance into Myanmar Robert spotted a strange vehicle coming towards him. It was a Finn, also on the bike, cycling through the country. They stopped, drank together tea together (as you should), and traded tips, routes and experiences, a blessing for any adventurer travelling through unknown lands. 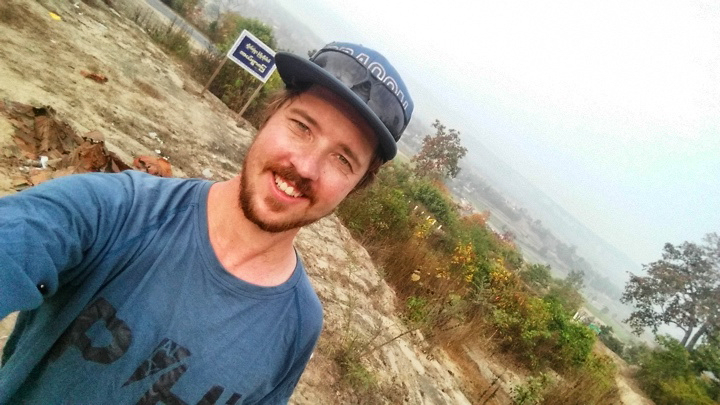 Now more than 10,000 kilometres, approximately 4 million crank turns, into his journey Robert found himself very often in a dreamlike state when behind the handlebars, able to absorb the scenery without thinking too much about navigating the road. From the high plane of Kalemyo, Robert followed the countless green rice fields along the Myittha River and then headed east into the mountains where the the river flows into a ravine. Here the extent of last year’s disaster became clear. A heavy deluge of monsoon season rain, which was missing in Kajuraho (India), fell very rapidly and caused severe flooding with many landslides and deaths. Inspired by the resilience of the areas people Robert cycled on.

The roads were navigable and the people were charming and warm, but camping in Myanmar was anything but easy, but not impossible. Robert needed a spot far enough away from nearby residents with a reasonably flat lying surface, accessible with his bike and luggage, but also hidden from the roadside. Easy right? Think again! After success on the first night, huddled in a small hole at the edge of the jungle, finding a suitable campsite proved more and more difficult. In many places tent bans had been sanctioned by the military; poisonous snakes, venomous spiders, malaria, Tigers, dense jungle, bears and elephants were just a handful of the reasons for insisting against camping. The sighting of a flat, run-over Cobra and a dead Russell’s Viper on the roadside, both deadly to humans, were confirmation that at least a proportion of the warning was warranted. With hotel prices at a premium Robert had little choice but to man-up and ignore the warnings. Navigating the jungle meant being quiet in-case of Tigers, avoiding large clearings (Elephant corridors as they’re known in Myanmar) and hitting the ground every 30 minutes with an elbow to ward off snakes that might be looking for a warm body to lie against. 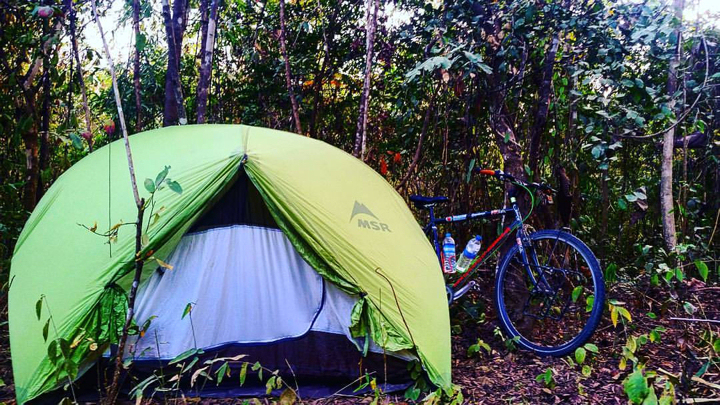 Apart from the deadly snakes, insects, tigers, mosquitos and elephants, camping in Myanman isn't so bad.

After the mountains Robert cycled straight past the Alaungdaw Kathapa National Park and cruised down a nicely constructed road with a slight downhill to Monywa, overtaking the occasional, unsuspecting moped rider. The accommodation situation in Myanmar was once again a nightmare; either booked or expensive and dirty were the de facto options. His plan needed rethinking! A spontaneous session on Booking.com, Agoda.com and Tripadvisor.com was a game-changer, he wrote “actually, it is the best and cheapest way to travel Burma!”.

It was now time to take-in the most impressive attractions in Myanmar. Bagan, an ancient royal city, is a huge area to marvel over with its 2000 ancient temples! Robert took advantage of the early morning to view the temples than continued on the road south. The road led him to the Irrawaddy River which he followed until eventually landing in Yenangyaung. 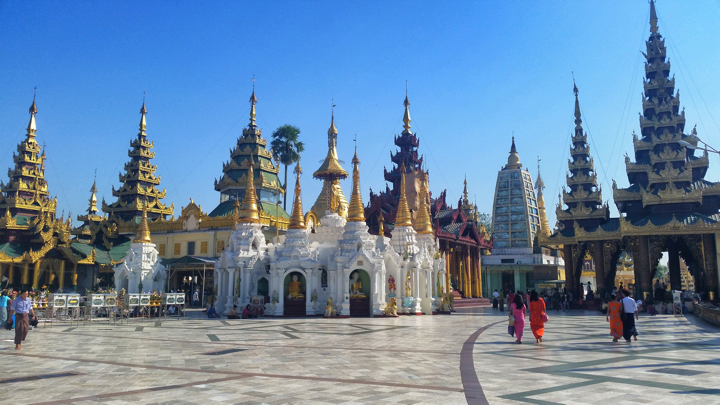 Thanks to his new “early booking strategy” Robert was able to stay at the Lei Thar Gone Guesthouse. The guesthouse is located on a small hill overlooking the river plain. It offers unbelievable sunsets to the lucky guests. The guesthouse’s stone bungalows and private pool were pure luxury for travel-tired Robert. And the best thing? Part of the money made from the rooms goes to the students of the local school, and the guesthouse offers the graduates of the school the opportunity to earn an apprenticeship for the hotel and restaurant Industry. The manager, a sweet Swiss lady, spoke German, much to Robert’s delight. More details at www.leithargone-guesthouse.com. 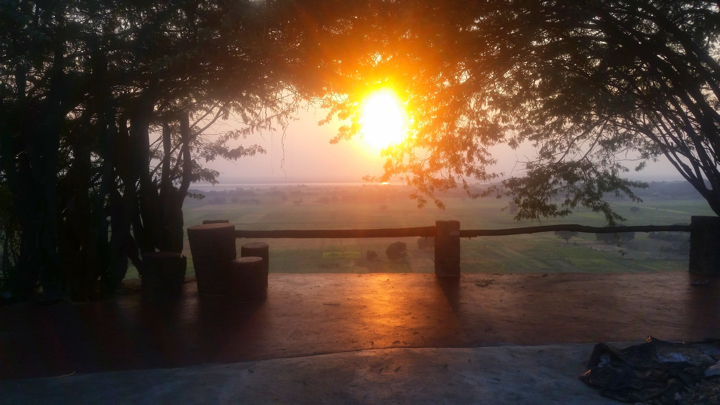 Two days of luxury took their toll on Robert physically; unable to cycle he chose to travel the 500Km journey to Yangon aided by the local bus services. He was very happy to discover that a “moving room” was much cheaper than the stationary variety. Travelling through the day by bike and by bus at night Robert quickly arrived at Yangon, Myanmar’s largest city with more than 5 million inhabitants. A trip to the Snake Temple in Bago and an interview with local media filled his time in Yangon before it was time to make the journey to Thailand for the next leg of his epic journey. 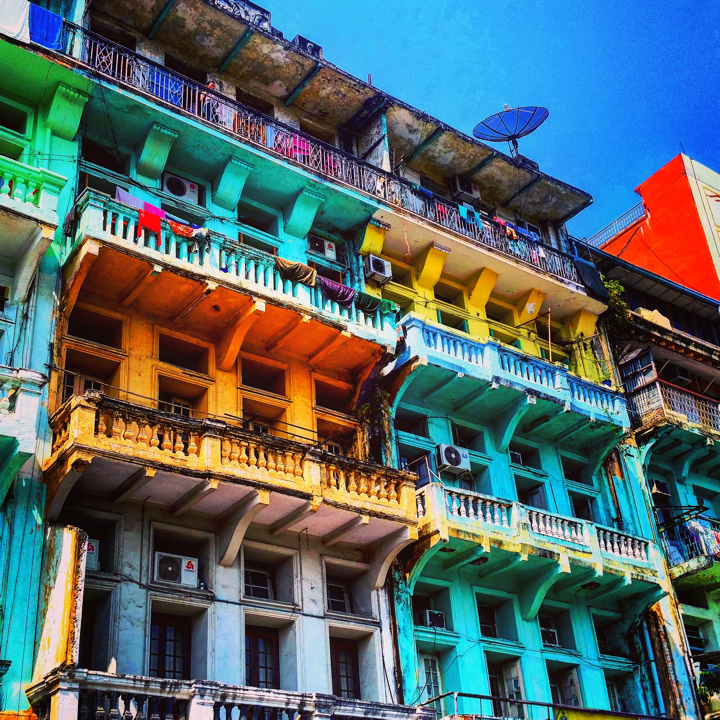 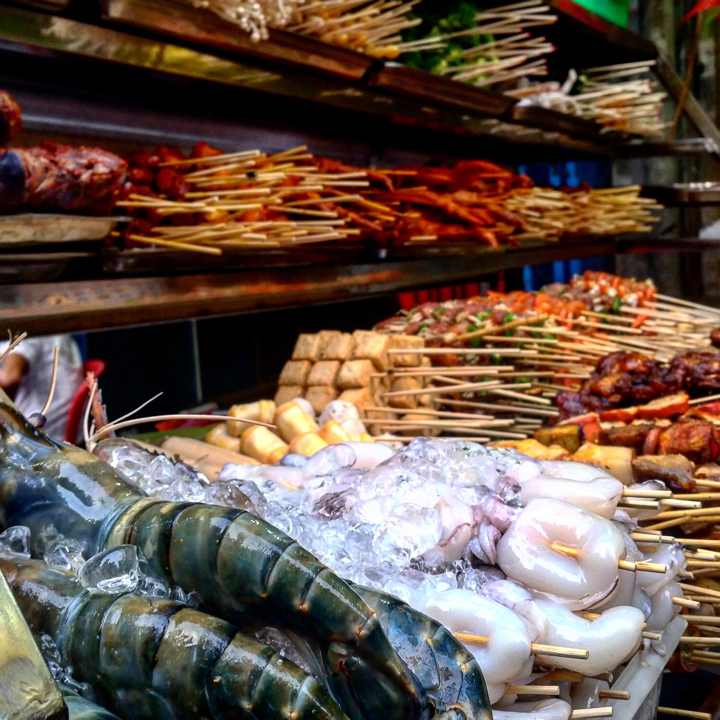 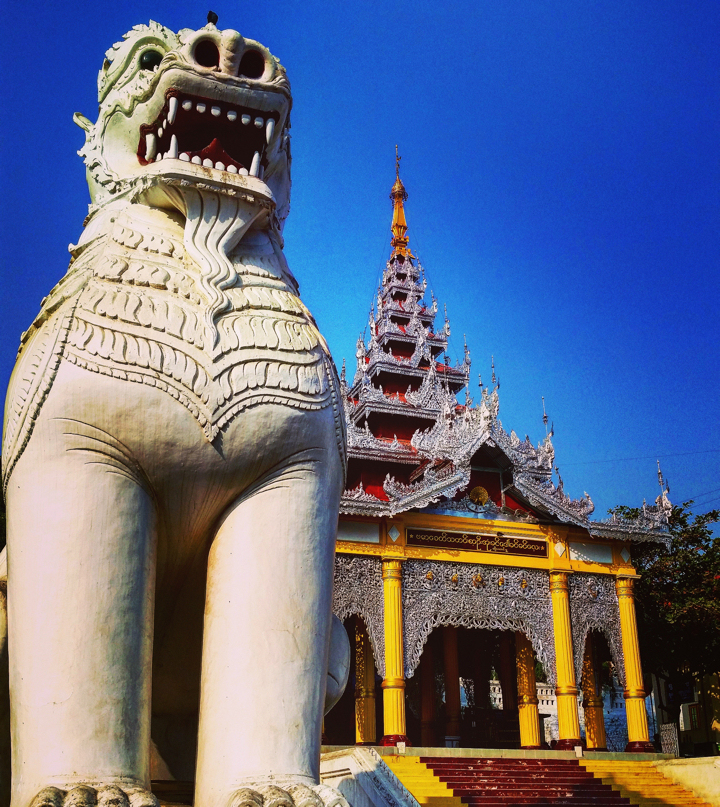 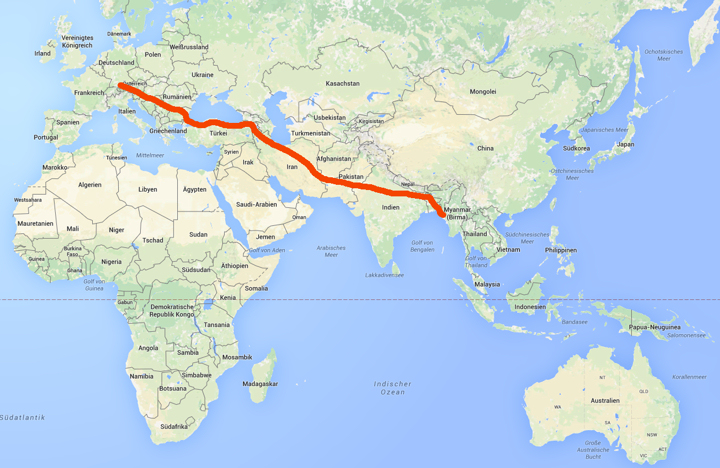