Climbing Limestone Slabs in the Dolomites

Last weekend I was hiking in the Carinthian Alps with my girlfriend when my buddy Martin called me - he wanted me to make the journey to Südtirol for a climb. I’ve been dealing with sore fingers since July, but he had the idea to climb a classic slab route in the Dolomites, which sounded perfect for giving my fingers some more recovery time and improving my footwork.

It was already 4pm by the time I arrived home from the hike. A quick snack and I jumped into my car and drove to join Martin. By the time I’d arrived at the parking lot at Pederü, near to St. Vigil, it was 8:15pm. Martin had arrived earlier and had cycled up to the hut where we’d be spending the night already. He’d stashed a bike (nope, not an ebike) for me by his car. I quickly packed my rucksack and hopped on the bike. After an hour of cycling through the darkness, I reached the Lavarella hut where Martin was sat awaiting my arrival waiting. We had a brief chat about our climb over a beer then hit the hay. 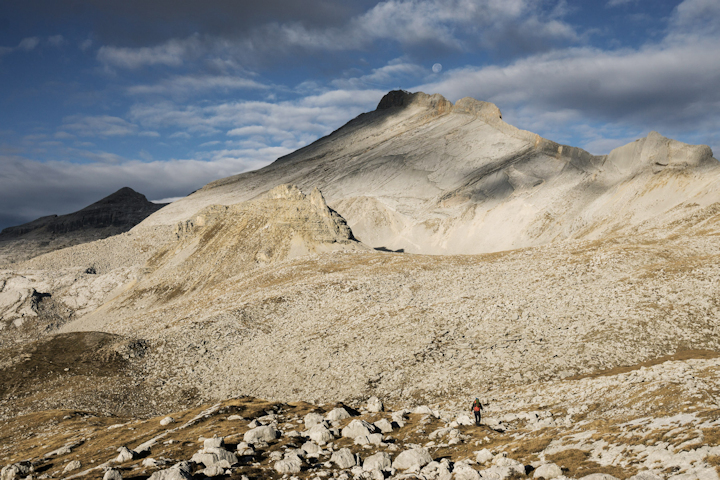 We didn’t wake-up too early on Sunday because we knew it would be a cold start to the day - at 7am we enjoyed a warm coffee and bread with jam. 45 minutes later we started our hike, our goal was to climb the so called “Neunerplatte” up to Neunerspitze (2968m) via a classic route pioneered by Reinhold Messner. The weather looked good and access to the wall led us over great plateaus covered with beautiful, autumnal-coloured larches. As we drew closer to the wall I became more and more excited about the climb. I hadn’t seen a rock slab like that before! 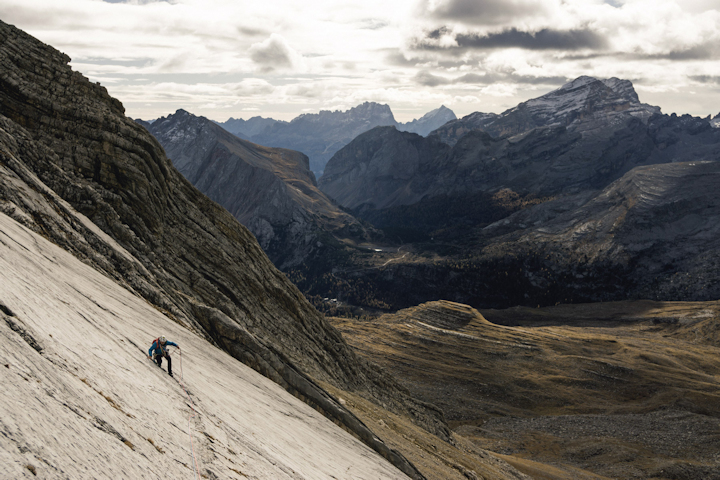 As we arrived at the wall it first seemed like the weather would thwart our plans, as suddenly snow began to fall. Luckily it stopped snowing a few minutes later and the sun came out again. It was still cold, but nothing could stop us at this point – layered in some Pally’Hi merino gear I felt warm, comfortable and ready to climb! 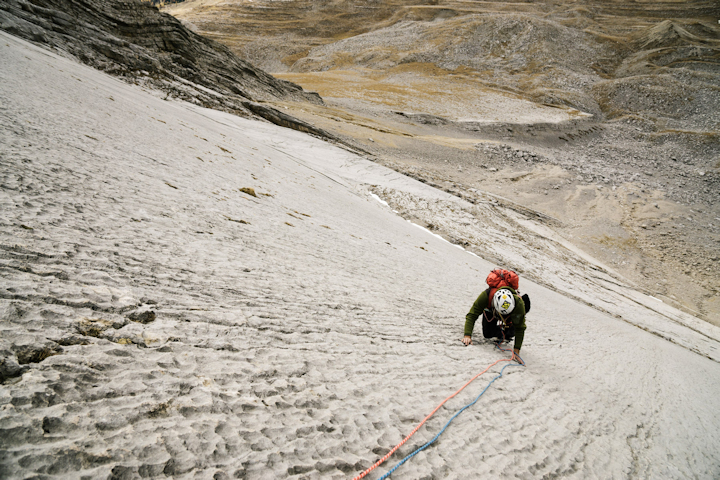 The first few moments on the wall felt pretty unusual - no holds just some small ‘indentations’ for our feet, but the wall's incline and the rock’s extremely grippy surface meant we were able to adjust very quickly. With only limited climbing during the previous 2 months, the limited protection (only 3 hooks every 50m) at the start of the climb made me nervous, but once my nerves had settled it was pure pleasure. After some slab pitches, the climb ends with a nice corner/crack line, and then it’s just a short walk to the summit cross of Neunerspitze at almost 3000m. 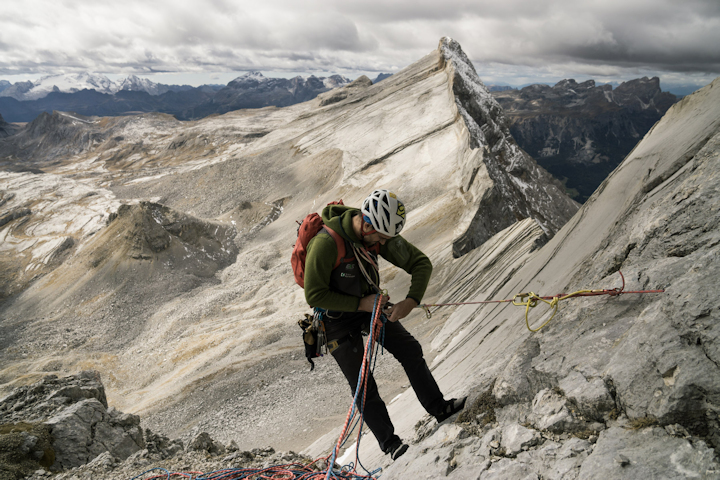 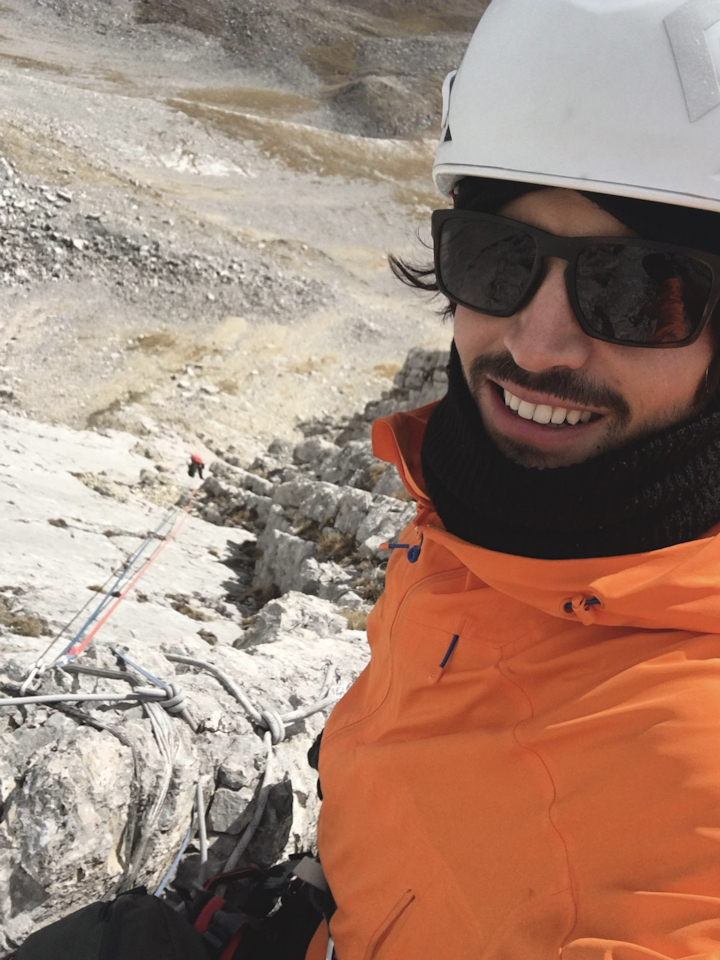 The views of the surrounding mountains were already obstructed by clouds by the time we reached the summit, so we enjoyed a quick snack and set-off on the the abseil down. 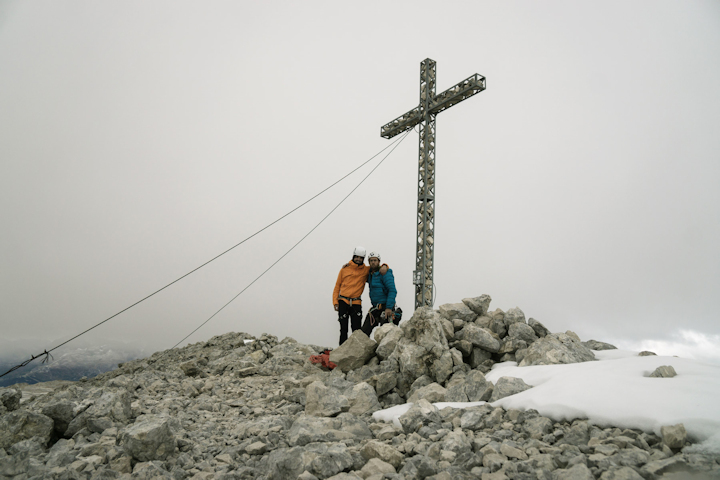 Back at the hut by 3pm, we enjoyed some lunch and beer before hopping on our bikes and riding to the valley below. On our way we passed some interesting chutes which we’ve ear-marked to ride next winter. A great end to an awesome day in the mountains. 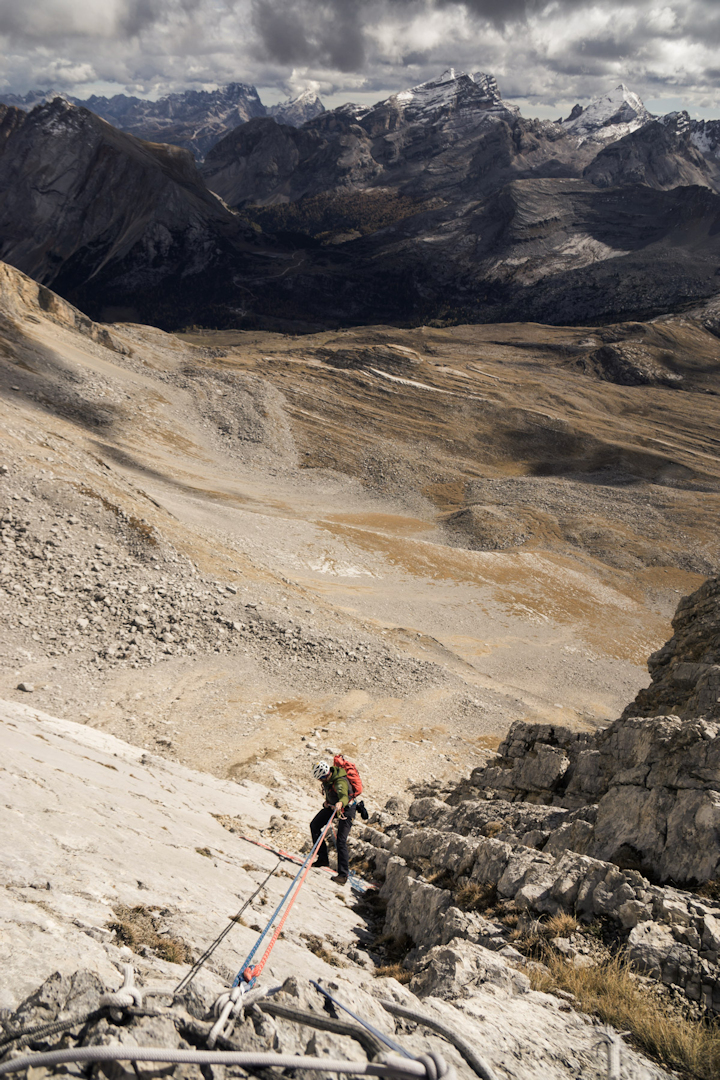 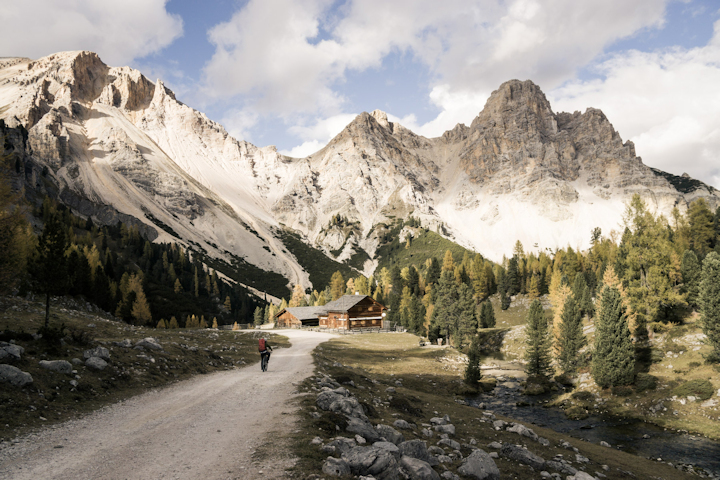