To the east of the historical city of Regensburg, on the northern banks of the Danube is the Kreuther Forest, the perfect place for a weekend mountain bike mission. On the southern banks of Europe’s largest river, the fertile Regensburg Plains stretch-out as far as the eye can see, but on the northern banks, the river is guided by the foothills of the Bavarian-Bohemian Mountains which start here and gradually rise to a peak of almost 1,500m called Grosser Arber on the Czech/German border. Although the Bavarian Alps might steal the limelight from their northern neighbours, the Bavarian-Bohemian Mountains have lots to offer mountain bikers including Geisskopf and Spicak Bikeparks, two of the best in Northern Europe and both members of the Gravity Network. Although their lure is strong, we hadn’t come for bikeparks. Instead we’d come to ride the vast network of trails and singletrack that litter the forested foothills of these impressive mountains.

We’d packed light, the essential tools for repairing a flat and a rain jacket to shield us from the elements if the weather turned. Pally’Hi short sleeve Ts were a good choice, the lightweight merino is great for regulating body temperature and wicks away sweat so well that you’ll soon take it for granted. The forest is criss-crossed with unpathed roads and tracks. Unfortunately a lot of these roads lead to logging operations and have been made private, but with so much area to explore we found plenty of short bursts of flowing singletrack to increase the fun-factor. A particular highlight was running down from the east bank of the Otterbach, a small tributary that runs down from the Bruckhaus Gasthaus, a nice place for a mid-cycle Radler. This short stretch of singletrack with flowing lines and technical root lined narrows was a real treat.

On the return to the car we passed the impressive mock-Greek memorial Walhalla. Walhalla, which like the Norse word Valhalla means “hall of the dead”, was constructed by Bavarian king Ludwig between 1830 and 1842 to honour German artists. Walhalla is an impressive building which offers incredible views across the Regensburg Plains and the winding Danube. Interestingly, it was Ludwig’s grandson Ludwig II, also known as the Fairy-tale King, who was responsible for the jaw-dropping Neuschwanstein castle… the castle in Chitty Chitty Bang Bang in case you were wondering.

Regensburg, a UNESCO World Heritage site, and the Bavarian-Bohemian Mountains are well worth a visit for any avid mountain biker, XC or All-Mountain. The Mountain biking in the area is incredible and the proximity of the Bavarian Alps means that prices for food, accommodation, beer and bike passes are much lower than in the Alps. Regensburg and neighbouring Deggendorf are reachable from Nurnberg and Munich-Franz-Joseph airports within 90 minutes and Salzburg airport is only a couple of hours drive away. 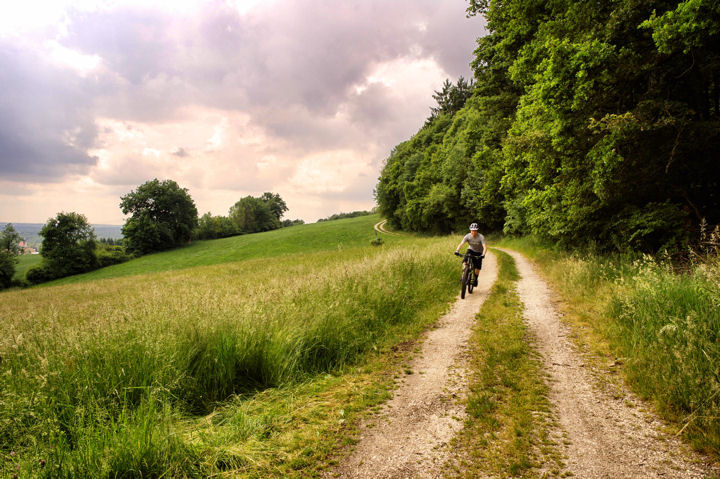