Stefan Filzmoser wasn’t content pursuing a career as an architect, the work wasn’t what he’d hoped for and the call of the mountains was always lingering in the background. Last year, in response to growing interest in his photography work from paying clients, Stefan took the plunge, jacking-in his work commitments to chase the dream of becoming a professional mountain sports photographer.

At the age of 31, Stefan appears to have work and life in perfect balance. Connecting his passions and profession has been the key, allowing him to spend more time in nature and away from technology, something that he recognises as therapeutic. “When I’m spending a lot of time in front of my screen editing photos or I’m driving my car, I realize how anxious I get.” he says. “It’s not like taking a short hike in the woods makes everything super easy again. It’s more that I need the combination of sports and nature. I need something challenging.”

When he’s not on a job Stefan does “whatever floats my boat”. In the winter that means enjoying life in the mountains on his splitboard. In Summer, life is about hiking and all sorts of rock climbing. But there’s a hidden downside to earning a living doing what he loves, he explains “Naturally I want some action shots of me drawing nice lines in mountain faces with my snowboard or climbing a tricky rock-climbing route too. Do I score the first line or take a photo of a friend drawing the first one? It’s a choice between a great shot for the portfolio or one for myself– that’s kind of a difficult question sometimes… it’s kind of a schizophrenic situation. So, I have a bucket list for me and for everywhere else it’s okay that I’m the photographer.” 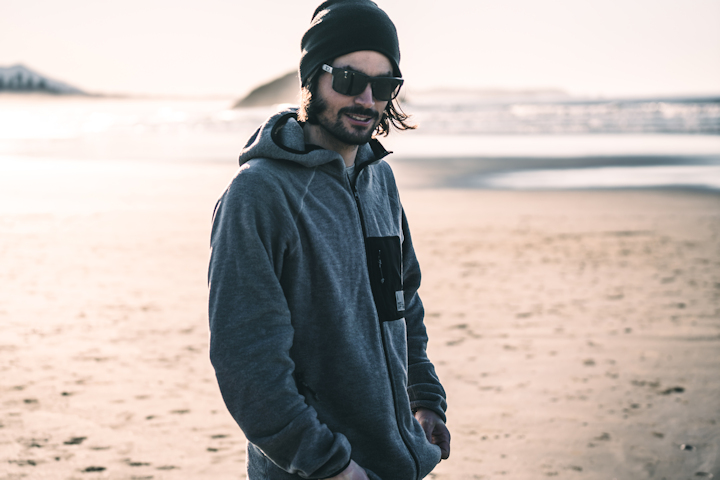 Talking with Stefan about adventures in new places you get the impression that everything he needs is on his doorstep. Just a short drive from Stefan’s home is Styria’s Gesäuse National Park, a location from which many of his most dramatic photos have originated. When asked why he keeps returning, he says “It’s a nearly untouched region with rough peaks. There is no easy way up, you can’t just take a lift. There are just a handful of beautiful huts, a lot of awesome multi-pitch rock climbs leading to exposed peaks and a crystal-clear river running through its heart. It’s also an awesome spot for astrophotography because there is barely any light pollution.”

With a backcountry expedition in British Columbia already under his belt for 2019, Stefan plans to travel further-afield for much of the same. “Later this year I’m going on my first climbing expedition to Central Asia to shoot the climb and everything around it. Life’s good!”